The Dollar has been consolidating over the last few days, and yesterday we have seen a breakout. We are looking for further downside on this now. When looking at the weekly timeframe on the USDollar, we can see that we are in a rising wedge formation so we will be keeping a close eye on this to see if this plays out.

This week we have had a lot of fundamental releases come out across the board:

The data published by the US Census Bureau revealed on Wednesday that the United States international trade deficit expanded to $96.3 billion in September from $88.2 billion in August.

The Bank of Canada (BoC) announced on Wednesday that it left its key rate unchanged at 0.25% following the October policy meeting as expected. More importantly, the BoC decided to end its weekly purchases of the government of Canada bonds, the quantitative easing program. The policy statement revealed that the BoC will continue to buy only enough bonds to replace those that are maturing. We saw XXXCAD pairs have a steep push down off the back of this news, with USDCAD printing a 90pip 15minute candle to the downside.

The United States’ Real Gross Domestic Product (GDP) expanded at an annual rate of 2.0% in the third quarter of 2021, the first estimate released by the US Bureau of Economic Analysis showed this Thursday. This marked a sharp deceleration from the 6.7% growth recorded in the second quarter and missed consensus estimates for a reading of 2.7%.

Upcoming fundamental releases we have are: 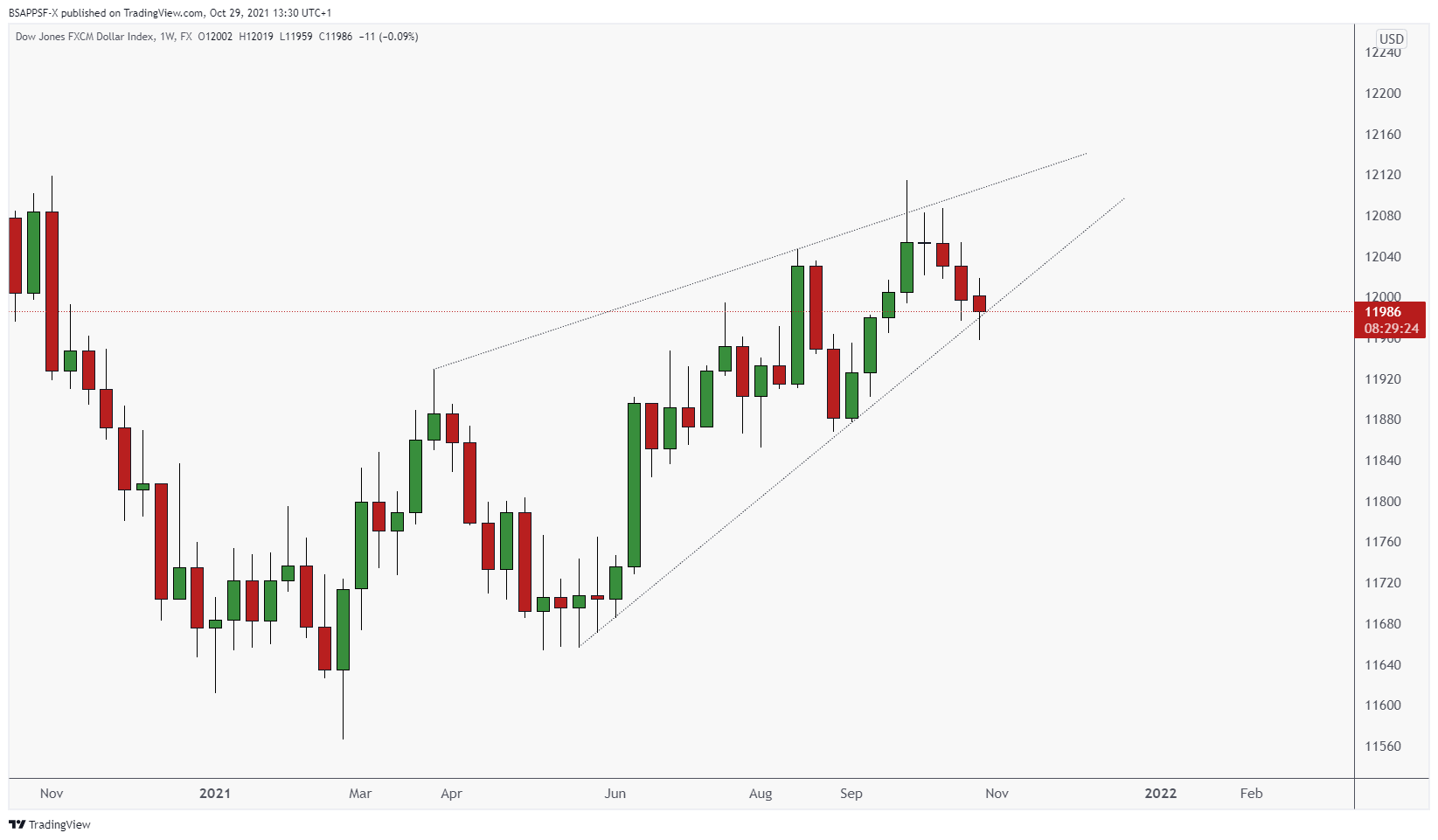 We are watching SILVER for a long setup. We will need to monitor PA around this AOI, but once we form some strong reversal candlesticks, indicating that we are going to move up, we will get involved. We will be targeting 25.716. 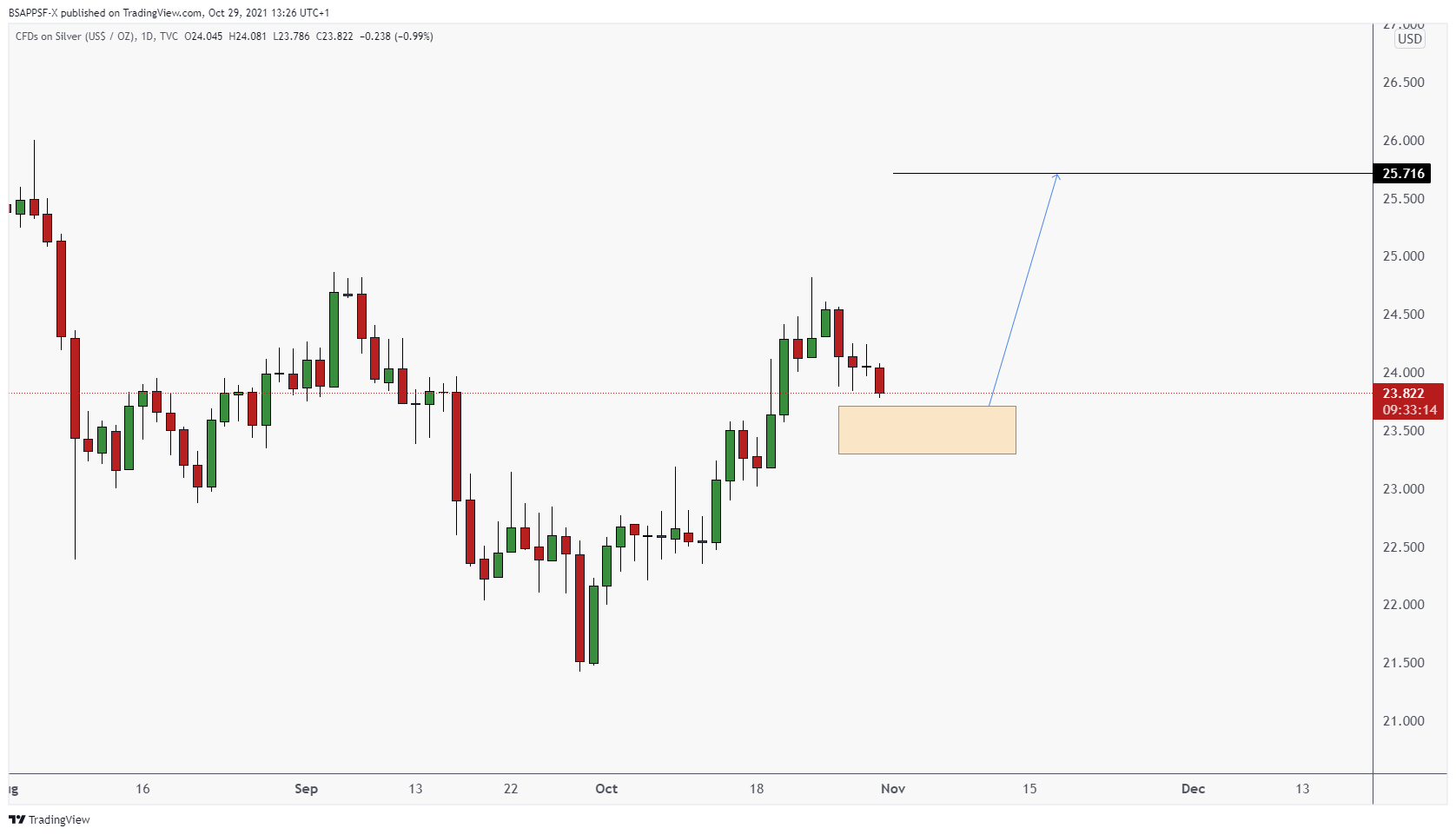 We are pleased to announce that every week we will be going on instagram live and giving market breakdowns, trade breakdowns from our members as well as educational topics! This is completely free value, and we hope that you enjoy these lives!

Make sure you tell your friends and anyone who has an interest in forex trading! We will be going live on the @bsappsfxltd page!

This website uses cookies to improve your experience while you navigate through the website. Out of these cookies, the cookies that are categorized as necessary are stored on your browser as they are essential for the working of basic functionalities of the website. We also use third-party cookies that help us analyze and understand how you use this website. These cookies will be stored in your browser only with your consent. You also have the option to opt-out of these cookies. But opting out of some of these cookies may have an effect on your browsing experience.
Necessary Always Enabled
Necessary cookies are absolutely essential for the website to function properly. This category only includes cookies that ensures basic functionalities and security features of the website. These cookies do not store any personal information.
Non-necessary
Any cookies that may not be particularly necessary for the website to function and is used specifically to collect user personal data via analytics, ads, other embedded contents are termed as non-necessary cookies. It is mandatory to procure user consent prior to running these cookies on your website.
SAVE & ACCEPT
error: Content is protected !!